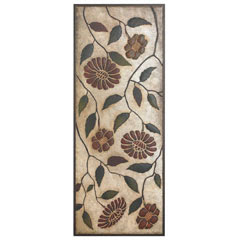 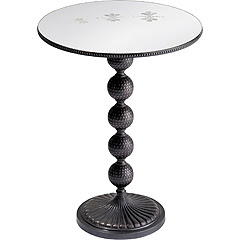 This dragonfly accent table is $69.98. It has three dragonflies etched into the top. Very cute! 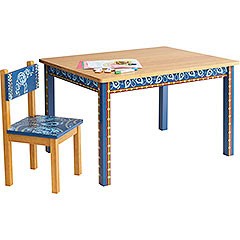 Email ThisBlogThis!Share to TwitterShare to FacebookShare to Pinterest
Labels: dealz

In the last ten days I've had several new experiences.

First Time in over Ten Years that I weigh 120lbs.: I had a doctor's appointment a week ago on Tuesday and initially my doctor was alarmed that I had lost another five pounds until I told her that years ago before I ever went on birth control I weighed 105 to 115 and always had a hard time keeping on weight. Since they had drawn blood and run a bunch of tests on it a month ago and not found anything, she decided not to stress to much about it.

First Solo Hotel: Last Tuesday evening I drove to North Charleston, SC and stayed at a LaQuinta for the evening. I had a Pier 1 meeting the next morning in Summerville, SC and didn't want to get up at 5:30am on Wednesday to drive several hours when I wasn't totally sure where I was going. Also, since I need more sleep than most people, I figured it was wiser to travel one way the same day as the meeting instead of being tired when I arrived and tired before even heading home.

Once I arrived and checked in, I crossed the parking lot and had a quick dinner at Ruby Tuesday. I was ready for bed and had brought my own small fan for white noise, so I was soon relaxing and dozing off... when I realized that it was the first time I've ever spent a night in a hotel or motel by myself. I've flown by myself many times, but it was my first time staying overnight alone in a commercial bed. Consequently the night was spent sleeping for about an hour at a time and then waking up because I thought I heard something. Not quite as restful as planned, but I survived.

First Waffle House: On my way back from Summerville I was hungry and in the mood for a grilled cheese sandwich. Here in the south, there is not a plethora of Denny's every few miles, so I had to settle for something else. I called my friend Rochelle to double check that Waffle House would be able to fill my grilled-cheese needs. It was pretty good. And only $1.95!

First time being referred to as a "Powerhouse": On Friday morning our latest temporary Regional Manager came to visit our store. I had not had the opportunity to meet Joe (the RM) at my meetings in Summerville, so I felt it was important to give him a face to go with the voice since I had been on two of the conference calls this last month. I was there for all of his two-hour visit and my boss and I kind of tag-teamed the whole thing. Once I left (to go home and go back to bed - of course) he told my boss "She's a real powerhouse! You'd better make sure she knows YOU are the manager and she's your assistant..." 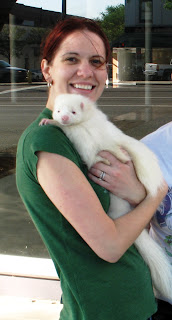 Since he had never met us before and doesn't know our working dynamic, this is actually a big compliment and not an issue at all. I have no problem acknowledging my boss' authority and support it 100%. All the associates know this and I don't think there is any question that I am ever trying to usurp her position. The reason it is a compliment is that just in case I ever have the opportunity to apply for the Store Manager position, I think it would be a point in my favor.

First Albino Skunk: Later on Friday (after my nap), Amy and I met downtown Augusta at the New Moon Cafe for coffee and a stroll. We browsed through an antique store and talked with a plant shop owner and then as we were heading back to our vehicles, I saw a man carrying what looked like a very fluffy Pomeranian. As we got closer I changed my mind and thought it was a large Persian cat. Then I realized it was an albino skunk! The skunk's name is Maryland and her owner Jeff let me hold her for a bit. She was very snuggly and sweet. 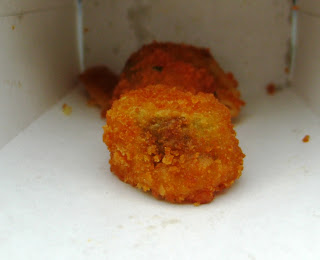 First Okra: Yesterday I was off work and not feeling well at all. We had limited supplies of food in the house and since my throat hurt the only thing that sounded good was mashed potatoes. I went to a nearby KFC and ordered a mashed potato bowl (potatoes, corn, gravy & cheese) minus chicken, and saw something that looked tasty. I asked if it was okra and the server confirmed my suspicions and offered me a taste. I ordered an entire side. 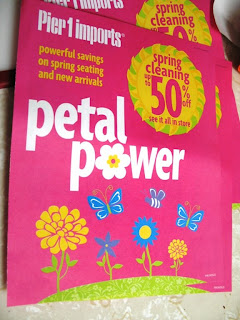 First Pier 1 Ad: I've been working for Pier 1 Imports since November and today in the mail rececived the first ever flyer or ad in my lifetime. I guess they finally figured out where I live.
Crafted By Marisa at 10:55 PM 2 comments: