A week ago at this time I was gallavanting through NYC. 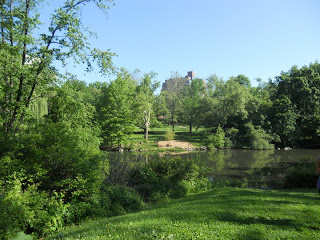 My nephew Jackson is two-and-a-half, and wakes up every day around 6a or 6:30a. When you are all living in a tiny apartment, there is not much sleeping in. Kevin had come up from Richmond for the weekend, so the four of us went to Central Park together for a walk and a little bit of running-around time.

Kevin took Jackson back to the apartment and Katie and I hopped on the subway to 42nd/Times Square. We walked through Times Square (Lego store!) and over to Rockefeller center before getting back on the subway and heading to the Soho area. 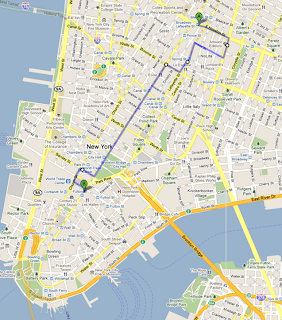 We walked from there to Ground Zero (quite a walk!) by way of Bowery, through Little Italy and down Church Street and Broadway. 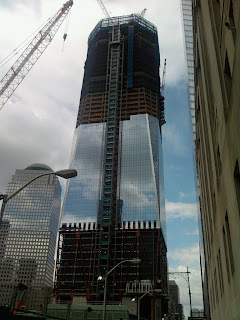 St. Paul's Chapel is a Trinity Church is across the street from Ground Zero and has survived many New York disasters. It was opened in 1776 and was one of the only buildings in the area left standing in the "Great Fire" of 1776. When the World Trade Center collapsed, it again was nearly untouched and became a haven for rescue workers. 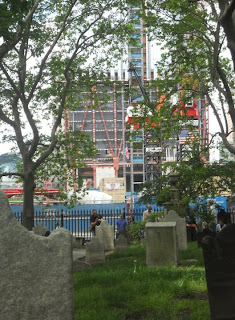 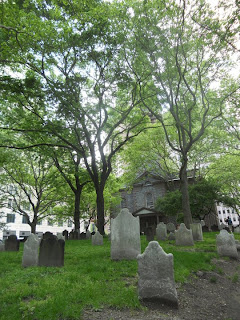 Katie and I took the subway back uptown and I got to take a little nap while Jackson was still sleeping.

Saturday evening we went to dinner at Dhaba, a fabulous Indian restaurant. We then met friends for drinks at Me Bar, which is next to the Empire State Building (and located in the top of a LaQuinta, of all things). 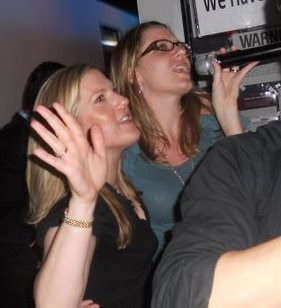 After taking an obligatory picture of the landmark, we continued on to Boho (West) for some Karaoke. Katie had apparently been touting my abilities as a vocalist, so I was thrown into singing a couple of songs. I chose "Everything" by Michael Buble (which I have never sung publicly before, and had forgotten completely about the a Capella key change at the end... OOPS!) and Katie chose for me to sing "Stay" by Lisa Loeb. I was backed up significantly by the rest of the patrons.

There was a rather large group of people from New Jersey that inundated the bar shortly after we arrived. After they pretty much took over the place (and managed to gas us out more than once - thanks, dude) we decided to call it a night and parted ways with the girls that had come out with us.

Kevin, Katie and I took the subway back up to Times Square and then walked through so I could take some pics with all of the lights. 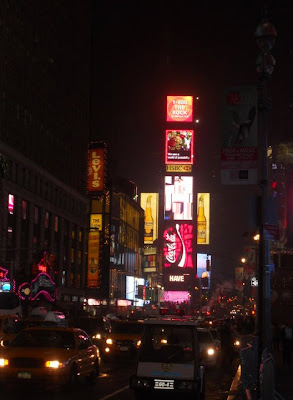 We then ducked in to the M&M's store about 10 minutes before closing since none of us had ever been to one. I picked up a postcard for my Dad, and Kevin picked up what turned out to be some VERY expensive M&M's.

We got back on the subway and headed uptown to the apartment, crashing into bed (the couch for me) soon after.
Crafted By Marisa at 12:11 PM No comments:

Boy have I been busy!

I had the greatest of intentions to blog daily (HA!) or at least weekly (hardly!) once I officially became a housewife.

The truth is that I traded one full-time job for another, maybe even two. While I am indeed now a housewife, I am also now the driving force behind the Homeward Bound Hot Sauce roller-coaster. (If you have been a faithful reader and not figured out what this hot sauce thing is all about, I'll be happy to talk your ear off about it!)

Between trying to get the house into a better general state and filling hot sauce orders, I haven't had much time to do all the project-y things I'd like to tackle now that I supposedly have some free time.

I HAVE been able to start to tackle a few things, like embroidering penguins onto a pair of Converse for my nephew, and sending out the stack of remaining Christmas presents that have spent the last five months next to our front door.

I traveled to Portland, OR for two weeks in March/April to help my Mom with her last big project at work before she retires this summer, to visit my best girlfriend and her newborn baby (and her other three children), and to visit my best guy-friend and clean out my Vancouver house. It was wonderful to spend so much time in what I consider to be my "Home Turf" and it really helped me get motivated to dive into our dream of making the hot sauce what ultimately takes us home to the Pacific Northwest.

After I returned home to Georgia I was able to reschedule my surgery for the middle of June. Once that was taken care of it enabled me to schedule the other pieces of my summer.

My sister and brother-in-law and our nephew have been living in New York City for the last year and are moving to Virginia. This was my last chance to visit them here (and maybe my last chance ever for free lodging), so I booked my tickets once our tax return came back and arrived at La Guardia airport on Friday evening around 6p.

I took a cab to Katie's building and we spent the evening catching up and making our initial plans for the week.

I have taken about 300 pics so far and uploaded over 200 to Facebook, I'm having an amazing time seeing the sites and appreciating all the artistry and nature in this huge city.

I still have a few things to see (and EAT) before I head home early this Friday morning.
Crafted By Marisa at 6:26 PM No comments: