Hello! I'm back! Okay, I'm in Miami, but I'm back to taking care of my poor blog.

I learned today that one of my favorite people IN THE WORLD (Hi Lou!) reads my blog every day! That is so exciting. If I have any lurkers, show yourself sometime so I feel a little less like I'm typing just to hear myself think. 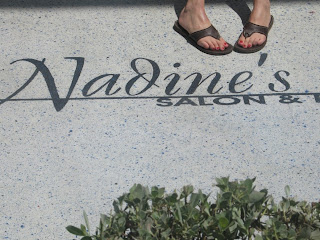 Jenny joined me on Thursday for our regular Girls Day Off and we enjoyed a manicure (me) and pedicure (Jenny) at Nadine's Salon and Day Spa and then went conveniently downstairs to the Square Grouper restaurant and had a lovely lunch. I had the black bean veggie burger again and Jenny had the Mediterranean Plate.

We shared a slice (or rather, a few bites of a slice) of Chocolate Peanut Butter Pie and then hit the road north. 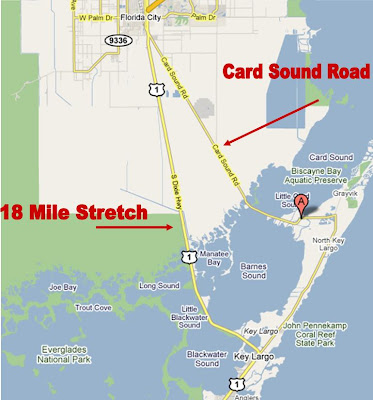 I have driven the road from Miami to Key West several times, and had no idea there was an alternate to the "eighteen mile stretch". As I was about to take the left side of the road in Key Largo, Jenny informed me that there is a much more interesting route along Card Sound Road.

I agreed to try it out and stayed straight at the pertinent junction instead of veering to the left. The first portion follows along North Key Largo before there is a turn and the traveler is actually ON Card Sound Road. Both portions of the trip are quite lovely and the view on the bridge over Little Card Sound and Barnes Sound is fabulous as well. 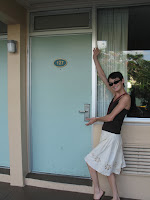 We hit the Turnpike around 6pm and found our way to our hotel - a lovely Quality Inn in the Kendall area. After checking in and depositing our bags in the room, we checked out the pool and then drove a few blocks to a fabulous mall we had noticed en route to the motel.

The Falls is an outside mall that has waterfalls and pools throughout the center of the complex. It is quite beautiful and peaceful. We shopped until about 7:50pm and then took off heading for the airport, following signs that are supposed to lead us ultimately to the airport.

Mom's flight was supposed to land at 8pm, and by my estimation, I thought we were about 15 minutes away from the airport. The signs put us onto one parkway and then pointed to another exit, which we took. Then there were no more signs. 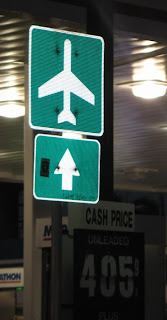 I really didn't want Mom to have to wait in the belly of the parking garage alone, so I was anxious to make it to the airport quickly. Every time we thought that we were maybe heading the wrong direction, we would see an airplane overhead heading in the same direction as we were, and getting closer to the ground!

Finally we saw the all-important sign again and within minutes we were at the airport and picked Mom up. We took her back to the motel to unload her stuff and then to a Benigans a few blocks away for a late dinner before going back to the motel and heading to bed for the night.

Glad hurricane season has turned to slacker season. More fun for you!

(The word verification is pigug)